Note:  In this Section, BNC publishes articles that are written either by a neighborhood representative without editing or is summarized from material that has been submitted to us.

In this issue, BNC had planned to publish an article written by a neighborhood representative regarding the Honda dealership moving to the site formerly occupied by retailer, Any Mountain.  The submitted article didn’t happen because plans are being changed around, but maybe, just maybe there will be some good news coming.  We just don’t know, but are ever-hopeful.

An Update Regarding the Honda Project 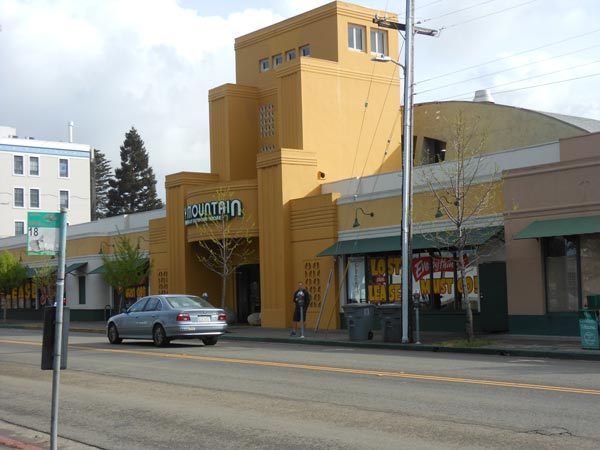 eNews readers may remember that when the City gave final approval for the construction at Parker Place (a mix of business uses, 155 residential units and 302 parking spaces at 2598 and 2600 Shattuck Avenue), the Berkeley Honda car dealership had to find another home.  At first, Honda planned to move into the vacant McKevin Cadillac building at 1500 San Pablo Avenue, but abandoned that move and were looking around for another space.  ** Anxious not to lose the revenue, the City’s Economic Development Department proposed that the Honda dealership move into the Any Mountain space at 2777 Shattuck Avenue.  On March 17, 2015, the City Council approved deferring payment of $84,000 — $112,000 in permit fees that Honda would have had to pay to move into that building.  Instead, the fees would be paid to the Permit Center out of the City’s General Fund Reserves until Honda moved into the Any Mountain space.

The problem was that no one told the adjacent neighborhood about the plan in advance.  Residents were understandably unhappy to find out that an auto service center would be located, in what seemed to be a “done-deal,” in the space in the rear of the Any Mountain building.  This space is surrounded on two sides (east and north) by homes and apartments that are part of an old, well-established neighborhood with many beautifully restored and well-maintained Victorian single-family homes on quiet streets.

Meetings were held with many neighborhood residents attending.  Information was shared on the history of the building.  As it turns out, the building once was a bowling alley, and it has a place in history where Allen Ginsburg gave an early reading of his poem, Howl – probably around 1955 (more on this at the end of this article).

Concerns were expressed over what would happen to the building and the impacts that an auto repair center and traffic would have on the adjoining neighborhood.  Now we are hearing that possibly Honda has decided to move the entrance to the service center onto Shattuck Avenue, right next to the restaurant, Kirala.

BNC doesn’t know this is being proposed for sure, and we don’t know if this is good news, since the new plans haven’t been posted online.  The application hasn’t been deemed complete yet and apparently there is also to be a revised traffic study.

Keep your eye on this Section for more news about the Honda dealership in the future.  And now, as promised, more on Allen Ginsburg and Howl.

The reading given in Berkeley is said to have been a definitive one.  The reading was around the time that the poem was seized by the San Francisco Police Department and U.S.  Customs because it was “obscene.” The subsequent court trial over banning it gained national attention.  Ginsburg won in trial when the judge found the poem to have social redemption value.  He would go on to gain recognition in the 70s, receiving the U.S.  National Book Award for Poetry, a gold medal from the National Arts Club and induction into the American Academy and Institute of Arts and Letters.  Just one more colorful story for the Berkeley history book!

**For a bit more on 1500 San Pablo Avenue see the Section in this issue Neighborhood News, Round and About, The Continued Saga of 2211 Harold Way, A Surprise — More New Members on the Landmarks Preservation Commission.  BNC can only say — It’s indeed a Small World! There is no better reason for each neighborhood to be connected with what is happening in every other neighborhood.