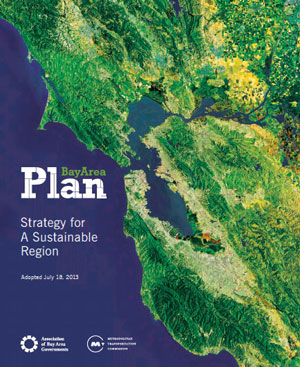 BNC eNEWS readers will recall that Plan Bay Area, approved by the Association of Bay Area Governments (ABAG) and the Metropolitan Transportation Commission (MTC) in 2013, is meant to guide the 9 counties and all cities in the SF Bay Region in planning for housing, jobs and greenhouse gas reductions for a projected population increase of approximately 2 million people through 2022.  The Plan calls for local communities to designate Priority Development Areas (PDAs) where growth is to occur.  These PDAs are eligible to apply for State funding to pay for the development of local plans.  That’s how Berkeley received a grant of $750,000 to plan for the Adeline/South Shattuck Corridor.

Criteria for PDAs is minimal.  They must be:

Back in 2011, Berkeley designated six PDAs in our city:

Then in April 2015, the Council entered into a Memorandum of Understanding (MOU) between participants:  ABAG, Alameda and Contra Costa Counties, and the cities of Alameda, Albany, Berkeley, El Cerrito, Emeryville, Hayward, Hercules, Oakland, Pinole, Richmond, San Leandro, San Pablo, and Union City.  This MOU is titled “The East Bay Corridor Initiative” and its purpose is to define the:

shared goals and objectives of these local and regional agencies working collaboratively to enhance livability, mobility and economic prosperity within the Corridors, and establish the necessary administrative and governance structure to promote a cooperative relationship and for ensuring success of the Initiative.

In 2013, staff from the Participants divided the East Bay Corridor into two segments:

Participants, ABAG and “other agencies” will engage in working groups regarding strategies for implementing local PDAs and “regional planning objectives for each segment of the Corridor.” The MOU goes on to state:

This will set the stage for engagement with city leadership, development of partnerships with the non-profit and business communities, and obtaining funding to carry out the strategies.

Frankly, BNC doesn’t know exactly what all of this means, and since residents were locked out, inadvertently or otherwise, of the opportunity to make comments regarding Plan Bay Area when it was first adopted, and then specifically locked out of access to meetings regarding the East Bay Corridors Initiative, it will be hard to find out.  However, we will try and certainly let you know as we go along.