This Section includes almost anything that might be of interest to Berkeley Foodies — reviews of neighborhood food businesses, news about food products or services, even a recipe from time to time.  Our motto is You never know what you’ll learn in the BNC eNEWS!“

So, please send us some food news.  If your news is a restaurant review, we won’t pay for the cost of your meal, but your review will provide you with a great excuse that it really was your high civic duty to check out that place you’ve always wanted to try so you can tell all your friends and neighbors about your experience! Send your food news, along with your name and contact information to bnc50@berkeleyneighborhoodscouncil.com.  We promise that our reviewers and food news contributors will always be anonymous, unless you absolutely insist that your name be posted.

It’s About Avocados and Butterflies

Here’s how today’s food story came about.  It began with a dimly heard statement on a television news station that hand injuries sustained while removing the pit from an avocado were the leading cause of visits to hospital emergency rooms in some parts of the Bay Area.  We tried, but failed to get confirmation of the accuracy of this statement, but this plus their really high prices got us thinking — Avocados, Avocados, and more Avocados.

First of all, let’s get their name straight.  People everywhere seem to love avocadoes, particularly those from California which are advertised frequently as Haas Avocadoes.  That name served to link them with the illustrious San Francisco businessman, Walter A.  Haas, head of the Levi Strauss Company, owner of the Oakland A’s baseball team, and namesake for the highly ranked Haas School of Business on the Cal campus.  Turns out that’s all wrong — the name isn’t Haas its Hass Avocadoes, pronounced to rhyme with ”class“.  These marvelous gems are sometimes also called Bilse Avocadoes, although I can’t find anyone who ever remembers seeing this.  The scientific name is Persea Americana ‘Hass’ 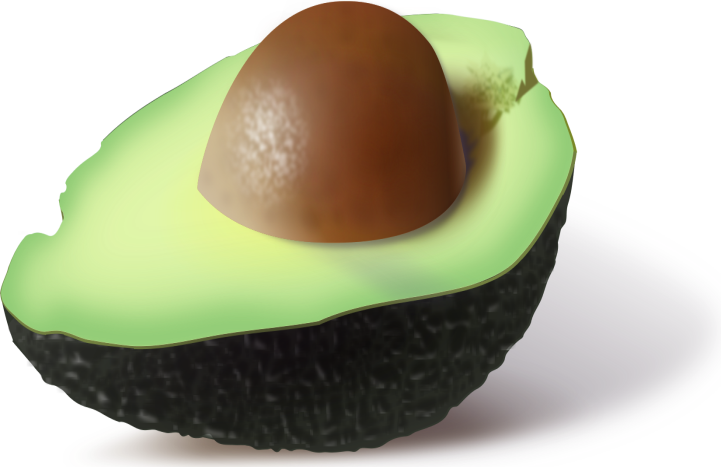 The name comes from their breeder, Rudolph Hass, who was a mail carrier with the Pasadena Post Office and amateur horticulturist.  He and his family were living in LaHabra Heights in Southern California when he grew the first Hass avocado tree in 1926.

Postman Hass saw a ”get rich quick“ ad showing dollar bills hanging off an avocado tree, so he borrowed enough money from relatives to buy a 1.5 acre orchard of Fuerte avocados.  Most were old trees, so he began to replace them with new trees.  He bought three seeds, planted them and then successfully grafted each of these seedlings with Fuerte buds.  One of the seedlings failed to take a second graft and he was going to get rid of it, but didn’t.  When it grew rapidly and had a trunk less than 12” around, it already had three fruit.  Normally it takes the Fuerte tree five years to produce fruit, so Hass decided to keep this one seedling around to see what would happen.

His children loved to eat the odd looking fruit it produced.  When they started to have an excess, Hass began selling it to his co-workers at the post office, later opened a fruit stand, and some found their way into the produce section of local grocery stores.  One day a chef working for a wealthy client bought some from the Model Grocery Store in Pasadena, paying $1 each, an outrageous price for the time — said to be the equivalent to about $14 in the year 2016.  And, we think the price today of $1.50 to $2.99 each is high!

Rudolph Hass patented his product in 1935, the first US patent on a tree ever issued in the United States.  He continued to work as a mail carrier until he retired in August 1952, the same year his patent expired.  It is said that he never made much money because there were so many violations of the patent.  Not long after he retired from the Post Office he died of a heart attack.  His wife lived many years after his death, supporting herself on the pension he had earned from the Post Office.

Today, it’s said that ALL commercial fruit bearing Hass avocado trees have been grown from this one single grafted seedling propagated by Mr. Hass.  The mother tree stood in front of the Hass home until it had to be cut down in September 2002 due to root rot.  A plaque now marks the spot where the mother tree once stood.

Mounds of Hass avocados are scooped up by shoppers at prices that seem to increase year after year.  The fruit which is distinguished by its dark and bumpy skin is rich in healthy fats, Vitamins C, E and B, potassium and folic acid.  The flesh of the Hass has a buttery texture that can be eaten raw splashed with a little lemon juice and/or a combination of mayo and ketchup, mashed into guacamole (sports events wouldn’t be the same without quantities of this), sliced onto all kinds of sandwiches and salads, and cooked.

But there’s a dark side to this story.  In November 2016, The New York Times wrote an article, Avocadoes Imperil Monarch Butterflies’ Winter Home in Mexico.  The article highlighted that the high rate of avocado consumption in the United States has fueled the deforestation of land in the town of Apútzio de Juárez (population around 1,100) in the state of Michoacán in Mexico.  Apútzio sits on western edge of the Monarch Butterfly Biosphere Reserve, a 135,000 acre protected area where butterflies rest after their annual migration through the Unified States.  Their numbers have dropped sharply with the loss of milkweed in the US and deforestation in their Mexican habitat.  Experts were quoted saying that while deforestation in Apútzio is “a recent problem and far less extensive than in other areas of Michoacán,” its nearness to the monarch’s habitat makes it very significant.

Americans eat about seven pounds of avocado per capita in 2015, double the amount they ate in 2008.  And nearly 80% of these avocados come from Michoacán, the only state in Mexico authorized to export the fruit into the U.S.  Over the past seven years these exports have risen to 770,000 tons — worth about $1.5 billion and around 175,000 acres of land were turned into avocado orchards.  This activity is, at times, attributed to the NAFTA agreement between the US and Mexico.  However, not every area in Michoacán can export avocados.  Certification is granted on an individual municipality basis and organized crime has links to the activities associated with the industry.

To their credit, the Mexican Avocado Producers and Packer-Exporters Association is trying to offset deforestation by planting a half-million trees since 2009 with hopes to plant another half-million by 2018.  And the World Wildlife Fund in Mexico is also making an effort to stop the deforestation process which they describe as “fundamental to the survival of the migration” and that the “damage is irreversible”.

Well, we’ve come a bit far regarding going to the nearest emergency room with a hand injury that was the result of removing an avocado pit.  We never did find a fail-safe way to do that.  We do have one caution, however — never, ever try to remove the pit when the avocado is not ripe — the flesh of the fruit simply holds the pit tight.  However, we did find lots of gadgets to slice an avocado neatly after the pit is removed.  We even tried one that sliced the avocado into large dice.  OK, but we did come to the conclusion that the old tried and true method of using a large spoon to lift the flesh out of the skin and then simply slicing and dicing works just as efficiently and certainly is less expensive.

However, there does seem to be a breakthrough in growing your own.  You might remember the largely unsuccessful effort of trying to stick toothpicks into an avocado pit, then balancing the result on the edge of a water filled glass, or maybe even getting to the point of planting the pit into the ground.  We’re informed that you can buy a gadget called an AvoSeedo that will allow you to grow your own indoors, using a dwarf species called Gwen, Holiday, or Wertz or Wurtz.  (It gets a little confusing because the California Avocado Commission lists eight different varieties of avocado:  Bacon, Fuerte, Gwen, Hass, Lamb Hass, Pinkerton, Reed and Zutano none of which are Holiday or Wertz or Wurtz maybe because they aren’t grown in California.  ? ) The best bet seems to be the “Gwen” variety.  There are lots of instructions on the AvoSeedo website including the statement that the plants are “self-pollinating” so that old saw about needing two different plants, one male and one female to produce fruit, maybe isn’t so correct after all.

AvoSeedo also tells you how you can make avocado soap and healthy oil out of what you don’t eat! It all sounds very tempting, so if anyone out there tries it, we’d sure like to know the outcome.  In the meantime, please consider going online or to wherever they sell native plants, buy some milkweed and bring beauty and delight into your life when a Monarch butterfly lays eggs on the milkweed and they hatch into that magical creature we hardly see any more.

We can’t just leave this article without giving you something to do with those wonderful California avocados that you are going to purchase or grow yourself.

So here are three recipes from the California Avocado Commission.

They all start with placing a “Fresh California Avocado” (what else would it be?), mashed or sliced, onto a slice of toasted bread of your choice, such as crusty artisan, sourdough, rye, wheat, multigrain, and topped with one of the three items below:

Who knows, you might even want to try combining some of the choices above! Let us know, or maybe you would share your secret recipe for guacamole.