Why is this subject in the Neighborhood Forum Section of the eNews? 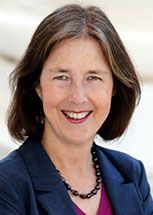 BNC publishes articles in this Section that are written either by a neighborhood representative without editing or is summarized from material which has been submitted to us.  In this instance, BNC received an inquiry about yet another piece of State Legislation authored by our State Senator Nancy Skinner that raised concerns over and above the bill itself that we put it here with the intent of encouraging all of you to tell us what you think.

When did BNC first hear heard about SB 1227?

I don’t much like Berkeley Considers, since it doesn’t reach most Berkeley voters and thus you get disproportionate responses from those who sit in front of a computer too much.

My quick reading of the recent Berkeley Considers email raised serious questions in my mind, although I support the University providing more student housing and certainly support efforts to terminate facilitation of internal combustion engine vehicle use (replace them with electric vehicles fueled by solar carports and roofs!).

But the Skinner bill seems to be based on the assumption that these buildings for students would be privately owned rather than publicly-owned dormitories.  If the university builds a dormitory, they don’t have to abide by city building and zoning codes, do they?  If so, then this is really another bill for developers, like Skinner & Wiener’s SB 827 was.

I would certainly hope the Berkeley City Council would not support any effort to further privatize our university.  The Administration should be lobbying the state legislature for money to build dormitories, not engaging in more public-private developments that are for-profit and will not provide enough affordable housing most students need. This is a road to privatization and corrupt practices—not what we want from our great public university system.

And before making car ownership more costly and difficult, there should be a survey and assessment of car-owning students. It could be that some of the poorest students rely on a car for family visits, e.g., to the Central Valley, where some might have family obligations and which isn’t served adequately by public transportation.

Ms. Woodcock also included in her e-mail comments posted by a resident who objected to the bill for the following reasons:

Do YOU and Your Neighbors Know About “Berkeley Considers”?

It’s a city of Berkeley (COB) “online forum intended to broaden civic discourse in a constructive and civil manner.”  Go to the COB website, enter in the search box, “Berkeley Considers”, click on that and enter your e-mail address and you will be sent notices about the topics that are or will be included.  If you wish to comment on a topic, you will need to further register your name and address and set up a password.  However, when you make a comment your name is not disclosed unless you want it to be.

How was the Question Posted on Berkeley Considers?

It’s an amendment to current State Density Bonus law.  It provides that a developer who agrees:  1) to build 5 or more units of housing; 2) where all units are required to be rented to students who are enrolled full-time in an accredited institution of higher-learning; and 3) will set aside 20% of all of the units for lower-income students will be entitled to a Density Bonus.

A “unit” is defined as one “rental bed” that must remain affordable for 55 years.  This Density Bonus would allow the developer to increase the total number of units in the development by 35%.  This means such a development could  be of a greater height or lot coverage than allowed, or a similar type of action that would allow a greater number of units than would be allowed under the zoning allowance for that parcel.

Lower-income is defined as a student whose income and asset level does not exceed Cal Grant A or B, as proven by an affidavit from the institution he/she is enrolled in.  Students “experiencing homelessness” will receive priority as evidenced by a homeless service provider.

Senator Nancy Skinner is listed as the sole author.  The bill was introduced in March, and is currently in the committee process.

What did the City Council Do?

On May 1, 2018, the City Council voted to support SB 1227 and to ask Senator Skinner to consider including two amendments:  1) Ask the universities/colleges to be responsible for vetting eligible students and providing a list to the City; and 2) include the units built in Berkeley to be counted in the City’s housing goals as determined by the Association of Bay Area Governments (ABAG).

The item was introduced by Council Member Worthington and Mayor Arreguin.  At the meeting, Council Members Harrison and Droste asked to be added as co-sponsors.  The motion to approve with the requests indicated above were: