Pesticides are harming each of us, but why are we letting this happen?

On August 10th the East Bay Times informed us that a federal court ordered the EPA to revoke approval of using the pesticide, chlorpyrifos. The court gave them 60 days to comply, which means that a whole lot of this stuff is still circulating out there.  Chlorpyrifos was created by Dow Chemical in the 1960s and today about 5 million pounds of it is used annually in the United State on the fruits, vegetables and nuts we eat.  It’s also said to have gotten into our drinking water.  Studies have shown that chlorpyrifos is harmful particularly to children, resulting in low I.Q.s, attention deficit disorders and delayed motor development which often cannot be overcome as they grow older.  The pesticide is banned in Hawaii, but apparently not in California.  Why that is the case, we don’t know, but our state did join in the lawsuit that brought about the court order. 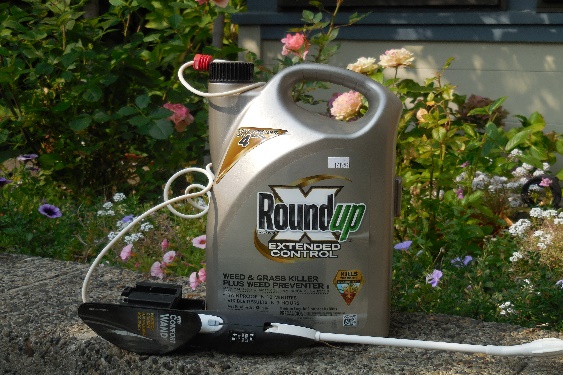 Then there was the news that the Environmental Working Group (EWG) – a non-profit agency that annually publishes the “Dirty Dozen Shoppers’ Guide to Pesticides in Produce” (see below for further info)  – had released a report indicating their studies had found high levels of glyphosate (the active ingredient in the popular, widely-sold weed killer, Roundup) in oat-based breakfast cereals such as Cheerios and Quaker Oats.  Monsanto, the company that makes Roundup responded by calling the report “propaganda” and “fake news.”

We also heard from EWG that the California Supreme Court had refused to hear a challenge to remove glyphosate from the listing of cancer-causing chemicals from the list required under voter-approved Prop 65.  It should additionally be noted that in 2015, glyphosate was classified as “probably” carcinogenic by the World Health Organization’s International Agency for Research on Cancer.

In mid-August, a San Francisco jury court awarded a dying man $289 million in damages when he sued Monsanto claiming that Roundup was the cause of his cancer.  The man used Roundup regularly in his work as a groundskeeper for an East Bay school district.  During the trial which was speeded up because the man has terminal cancer, Monsanto claimed that Roundup is and has been safe for the many years it has been in use, and no studies have linked its use to causing cancer. Since the jury returned its verdict of “guilty,” Monsanto, which is based in St. Louis, Missouri, has indicated it would appeal the decision.  Hundreds of other cases are said to be lined up around the country waiting to file similar lawsuits, and you can currently hear ads from various law firms on the television asking to hear from potential clients with cancers who have used Roundup.

Is There a Berkeley Connection?

The answer is yes and no – there is a plant in West Berkeley, but it doesn’t manufacture Roundup.

In 2016, Bayer bought Monsanto for $66 billion creating a giant corporation that would be the world’s largest manufacturer and seller of herbicides. The takeover was opposed by the National Farmers Union, as this would mean that 61% of the world’s seeds and pesticides have been placed in the hands of just three corporations:  Bayer, DowDuPont and ChemChina.  In spite of the protests, regulators in Europe and Brazil approved the merger before the matter was considered by the United States. It was approved by the U.S. Department of Justice in May of this year under an agreement that the new Bayer/Monsanto corporation would pay German chemical company, BASF, $9 billion in assets which included a weed killer that is a competitor to Roundup.  In June 2018, the news reported that the name “Monsanto” would henceforth be retired.

Some 28 years ago, Cutter Labs (subsequently to be known as Miles Cutter), located on 24 acres in West Berkeley, was a pharmaceutical company well-known for its blood clotting pharmaceuticals.  It was pretty much just a local company and a source of hometown pride. The Cutter family lived in North Berkeley and old-timers here remember Dave Cutter when he attended Hillside Elementary School and Berkeley High School. Then Bayer AG, which ranked #33 on the world’s list of industrial companies and #3 in pharmaceutical/chemical companies, bought Cutter out with the statement that they intended that Berkeley, over the next 30 years, would become the world center for development and production of pharmaceutical products derived from cell technology.  The City undertook an extended review of the proposal. An Environmental Impact Report was produced, people lined up pro and con with those wanting job and revenue opportunities on one side, and those concerned about Bayer’s World War 11 history and storage of large amounts of ammonia on the other side. Eventually the permits were approved by the City Council and Bayer set up various community programs such as providing science-related internships for local high school students.  The company expanded its West Berkeley footprint to 31 acres, and it didn’t cause much community controversy until a few years back when people set up a picket line in Berkeley because of the larger company’s production of neonicotinoid pesticides which are killing off bees essential to the world’s food supply.  There is no indication that the Berkeley facility itself produces these chemicals – the protest was aimed at the larger company.

So Just What is on EWU’s  2018 Shopper’s Guide to Pesticides in Produce?

Roundup is not banned in California.  The regulatory approach here and in other states seems to be to leave that kind of decision up to individual towns and cities.  The internet indicates that such cities exist in California, Colorado, Connecticut, Florida, Illinois, Maryland, Maine, Massachusetts, Minnesota, Nevada, New Mexico, New Jersey, Ohio, Oregon and Virginia.  We called around to various stores and confirmed that Roundup is widely sold in Berkeley stores.  Maybe it should be? Are you or your neighbors using Roundup?  Let us know what you think.

Just So You Know

This Section includes almost anything that might be of interest to Berkeley Foodies — reviews of neighborhood food businesses, news about food products or services, even a recipe from time to time.  So, please send us some food news.  If your news is a restaurant review, we want you to know that we won’t pay for the cost of your meal, but your review will provide you with a great excuse that it really is your high civic duty to check out that place you’ve always wanted to try and to tell the world what you found! Send your food news, along with your name and contact information to bnc50@berkeleyneighborhoodscouncil.com.  We promise that our reviewers and food news contributors will always be anonymous, unless you ask that your name be published.