BNC has never before inserted a Special Section in any of our eNews Issues.  We have done so in this instance because the September 11, 2018 Editorial written by the Editorial Board of The Daily Californian, was so insightful regarding what is a major factor in how land is used in our community that we felt it should be widely shared with Berkeley’s neighborhoods.  It is presented here without comment for your information and consideration.  BNC has received permission from The Daily Californian to reprint their editorial and they asked that we also include a link to the original article. www.dailycal.org/2018/09/11/carol-christ-must-acknowledge-uc-berkeleys-role-in-gentrifying-the-city/.

CAMPUS ISSUES: In leading UC Berkeley, the chancellor must accept the campus’s unique reach and influence 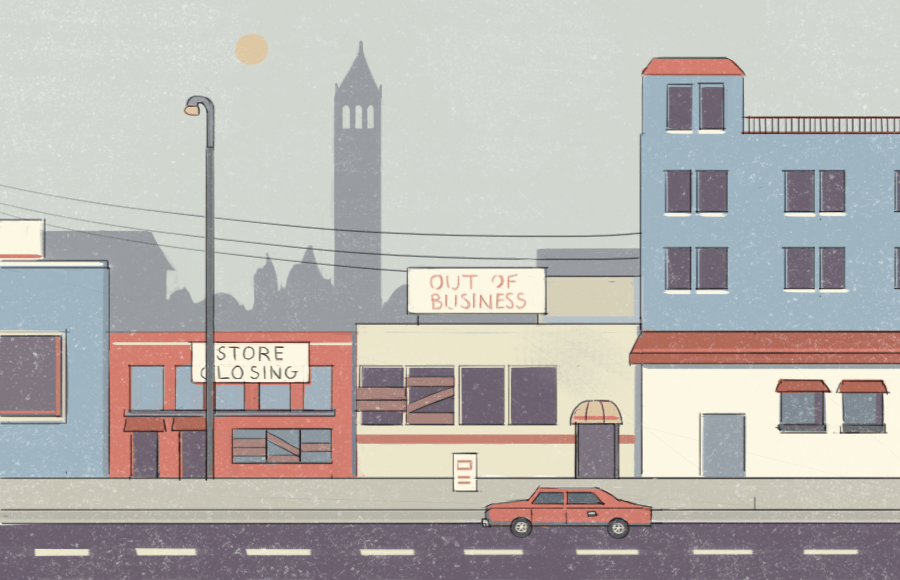 UC Berkeley plans on building student housing on nine different locations throughout the city — and Chancellor Carol Christ doesn’t seem to realize how this gentrification will impact the city’s residents.

In a meeting with The Daily Californian’s editorial board this week, Christ said she doesn’t think student housing contributes to gentrification. But this is far from the truth.

UC Berkeley students now make up more than one third of the city’s population — and the campus is deeply rooted in the city, sharing its borders on every side with major city roads. Campus issues quickly become citywide issues. When students are forced to search for housing in Berkeley, they often displace low-income families and long-standing local businesses. In the context of a rapidly growing student population and burgeoning student housing development projects, Christ’s failure to acknowledge the campus’s involvement in exacerbating gentrification is concerning.

Several businesses along Bancroft Way have recently closed to make room for student housing. Landmark Properties, a company that specializes in off-campus student housing, recently bought out an entire string of notable Berkeley stores, including Party Heaven, Julie’s Cafe, Avant-Card, Moe’s Flowers and Tivoli Caffe. In their place, the company plans on developing an eight-story building for student housing. And while this undertaking is private and not campus-affiliated, the campus has expressed support for the project.

Many longtime residents of South Berkeley, a historically Black neighborhood in the city, have also described being pushed out of their homes. The city’s Black population has decreased by more than 50 percent since the 1970s. Commercial development and a soaring demand for housing in the area have resulted in Berkeley’s unrealistic cost of living — and has led to the erasure of communities of color and an exacerbation of the homelessness crisis in the city.

During the meeting, Christ mentioned that future student housing sites will likely include first-floor retail. But this retail will probably cater to the needs of students, and deprioritize the needs of the larger community. The city is constantly being moulded to fit the demands of its student population — and businesses that aren’t relevant to students have a growing tendency to disappear.

It is more important now than ever that students get the affordable housing that they need. But campus activity and the well-being of Berkeley’s general population are inexorably linked. UC Berkeley is an influential presence, and has the power to shape the city’s future. Christ must acknowledge this. Gentrification isn’t just a matter of higher business turnover rates or a few empty storefronts — this is an issue that affects people’s livelihoods, their sense of community and their roots in the city of Berkeley.

Editorials represent the majority opinion of the Editorial Board as written by the opinion editor.